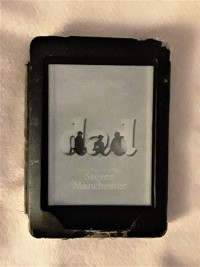 Three generations of dads, playing traditional roles in each other's lives, arrive simultaneously at significant crossroads. The decisions they make and the actions they take will directly – and eternally – affect each other.

After a life of hard work and raising children, Robert is enjoying his well-deserved retirement when he discovers that he has an illness he might not be able to beat. At 19, Jonah is sprinting across the threshold of adulthood when he learns, stunningly, that he's going to become a father. And Oliver – Robert's son and Jonah's dad – has entered middle age and is paying its demanding price. While reconciling the time and effort it has taken him to reach an unfulfilling career and an even less satisfying marriage, he realizes that it's imperative that he keep it all together for the two men who mean everything to him.

When different perspectives lead to misunderstandings that remain unspoken – sometimes for years – it takes great strength and even more love to travel beyond the resentment.

New England's Storyteller Steven Manchester is the author of the soul-awakening novel, The Menu, as well as the 80s nostalgia-fest, Bread Bags & Bullies. His other works include #1 bestsellers Twelve Months, The Rockin' Chair, Pressed Pennies and Gooseberry Island; the national bestsellers, Ashes, The Changing Season and Three Shoeboxes; the multi-award winning novel, Goodnight Brian; and the beloved holiday podcast drama, The Thursday Night Club. His work has appeared on NBC's Today Show, CBS's The Early Show and BET's Nightly News. Three of Steven's short stories were selected "101 Best" for Chicken Soup for the Soul series. He is a multi-produced playwright, as well as the winner of the 2017 & 2021 Los Angeles Book Festival, 2018 New York Book Festival and 2020 New England Book Festival. When not spending time with his beautiful wife, Paula, or their children, this Massachusetts author is promoting his works or writing.

Out of the characters that were presented, I found Robert to be the most interesting.

The relationships between the three men aren’t explored before the pivoting point. Both Oliver and Jonah seemed adolescent-like in their behaviour – Oliver comes across as quite anxious at times.

There isn’t a huge amount of depth or emotional depth in the novel, if you’re wanting a very deep and emotional novel, this might not be the book for you.

This is the first book I’ve read by this author – and I would consider picking up another one or two of his books in the future.