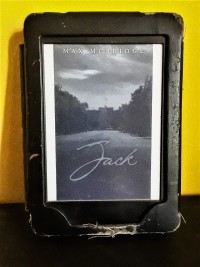 The 1888, the infamous serial killer nicknamed “Jack the Ripper” killed 5 innocent women on the streets of London, England, and launched the most famous murder investigation in British history. But…what if Jack the Ripper was just a cover for a much larger government conspiracy involving the British Royal family?

Despite the best efforts of Scotland Yard, the baffling and gruesome “Ripper Murders” remain unsolved mysteries to this day. Over a century later, the discovery of what might be the Ripper’s diary re-awakened the unsolved cold case. Could a member of the royal family have been the true culprit of these heinous crimes? With the mysterious case reopened, the investigation falls to the rich and charming James Kent. James teams up with the stunning Alice Gull, who has her own reasons to defend the historic doctor’s involvement.

As James and Alice reinvestigate royal links to the notorious serial killer in the London underground, they soon discover that the Ripper Murders were only the tip of the iceberg and their investigation launches an incredible search for truth that immerses them deep into London’s seedy past, searching the capitol city’s historical locations for clues. But, patriotism can be a deadly trait in the wrong hands. And, lurking in the shadows is someone who will do anything to stop the duo from exposing secrets…

Jack is a captivating psychological thriller novel celebrating the grime and glory of Britain's capital city, and the heights and depths of its society. The forces that drove the Ripper to do his grisly work in 1888 are still very much at work today, and just as dangerous. To what lengths will they go to preserve the secret which can destroy the monarchy?

Since my first visit to London in 2000, I have been fascinated by its rich history as well as its advancements. The mix between modern and traditional, and its international culture has always been astounding.

As many others, I am inspired by this open city and I would love to share it with you.

This book was pretty decent for a first book. It revolved a fair amount around plot, though James Kent did seem like an intriguing character…in the beginning. It seemed like there were a fair amount of characters to try and keep up with.

Though this book was quite intriguing, I am wondering if this author is going to be releasing another book in the future. I think that if he developed himself more as a writer, he could be pretty good.