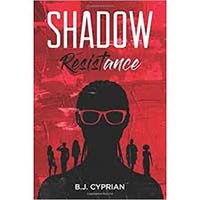 In this intriguing, page-turning, and slyly humorous tale, readers will find themselves pulling for three unforgettable women confronted with an unusual opportunity to address age-old social, political, racial, and economic hot-button topics.

Dominique “Dom” Samuels is a wealthy, reclusive computer genius living a life full of anxiety evoked by tragedy. Her acute awareness of the injustices suffered by minority communities makes a logic-based artificial intelligence program of her own creation preferable to people. Until, that is, a man appears on her doorstep with an ingenious idea that turns her isolated existence upside down.

Rose Jenkins is a tough but compassionate urban school counselor with a mission to protect at-risk youth from the heartbreak of drugs and violence that took away two of her brothers. When another brother, Robert, is released from prison, healthy and free from his addiction, he opens her eyes to a mysterious group with an entirely new take on social justice.

Layla Green is a police crime scene technician who finds herself at the scene of a grisly murder with no physical evidence and an unidentifiable victim. Then Layla’s eidetic memory zeroes in on one solitary clue — a video game console. When a stranger helps Layla and her partner, Rachel Vasquez, access the console’s protected files, things take a twist none of them could have predicted.

Shadow Resistance leads its readers on an innovative, thought-provoking journey — and to a new take on timely social topics. Even as this book serves up its compelling story, it delivers an invitation to step into the shoes of those who may be different by remembering the humanity of others.

BJ Cyprian has harbored a passion for writing from a young age. It took her a while to get around to writing her first book because frankly, she wasn't sure she had anything to say that others wanted to hear. After years of successfully posting Facebook posts regaling her friends with stories about her life, she thought maybe she did have a unique voice.

After the 2016 election, BJ felt just as agitated as over 50% of the population and felt like she might actually have a whole story in her mind. Tired of her underestimating herself, her wife Shauna threatened to divorce her if she didn't just sit down and write the damn book. Well, okay, perhaps it wasn't that serious, but Shauna did tell her she needed to do what was in her heart. (Obviously, BJ favors sarcastic hyperbole over heartfelt "aww" moments.)

Shadow Resistance is BJ's debut work, centered around injustice, humanity and the history of racial tensions in the United States. The goal of the writing is not to anger but to make the reader think and try to find the empathy and critical thinking humanity seems to have misplaced.

When she's not writing, she's driving her wife insane playing Playstation 4, reminding her wife of why she married her in the first place in the form of gourmet cooking, and working to fund all three, (games, food and the wife) in the financial services industry.

At first, some things in the book didn’t seem to have any clear motivation, with tiny aspects seeming underhanded. There was a stage where I questioned the purpose of a particular project that some people were involved in – and a little over halfway through the book; things started becoming clearer. I feel that some of these things could have been hinted at closer to the beginning of the book.

Nonetheless, once I’d gotten into this book – it was an enjoyable read. I get the idea that the author could have some technological knowledge, especially with some of the descriptions. I ended up giving this book a four star rating and got a copy in exchange for an honest review.

I thought that this book is quite relevant with today’s climate, and though it’s got a slow beginning, it’s one worth pushing through. With the way things ended, could there potentially be a sequel?