I decided to do my very first guest blog post on my book blog – and this one is from Janet Roger, who has just released her debut novel called ‘Shamus Dust’, so a BIG thank you to her for very kindly doing a guest post – a review of this book will be coming soon!

In the meantime, please enjoy this lovely guest post by Janet. 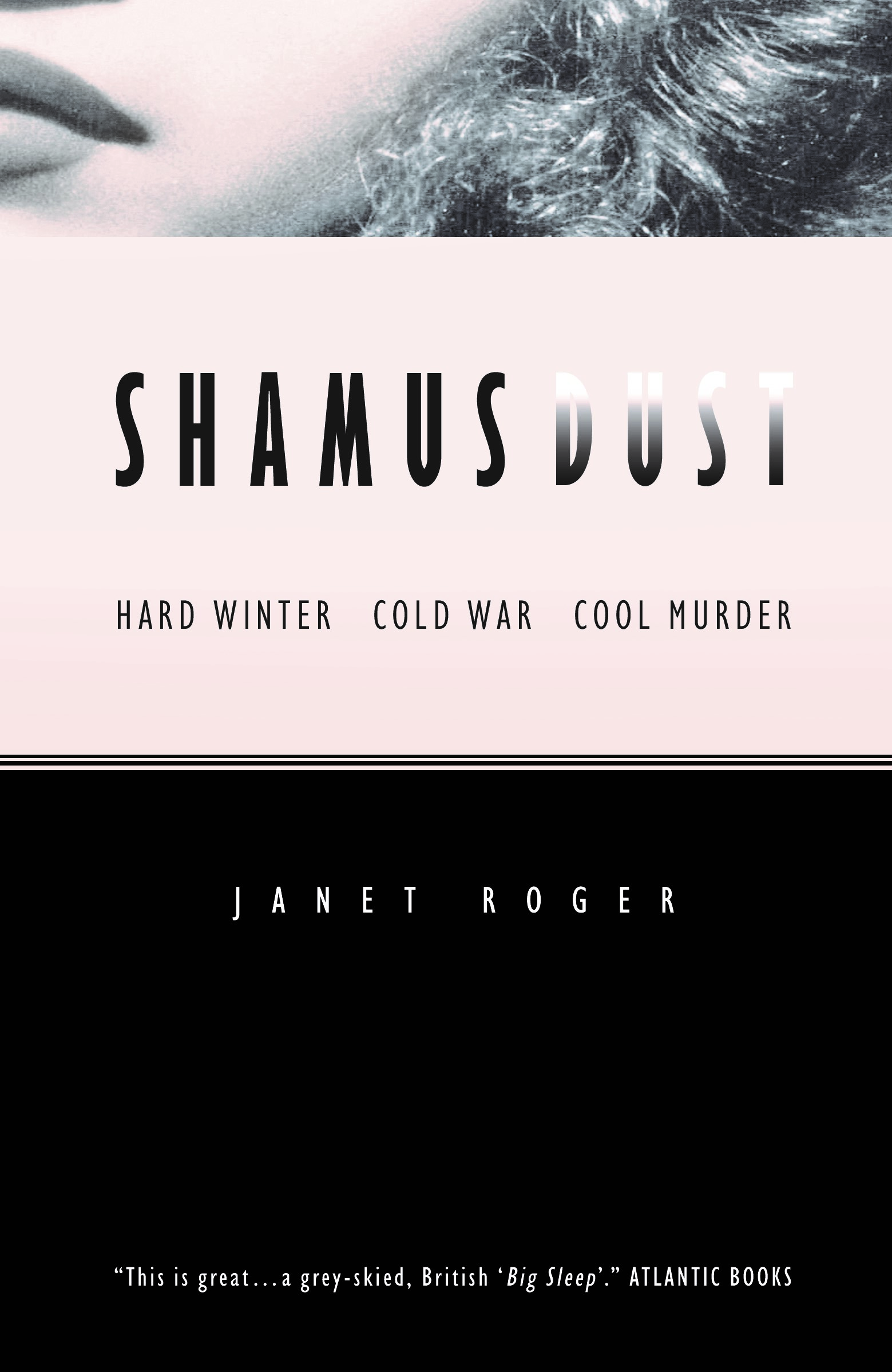 New on Amazon UK and Amazon US

Two candles flaring at a Christmas crib. A nurse who steps inside a church to light them. A gunshot emptied in a man’s head in the creaking stillness before dawn, that the nurse says she didn’t hear.

It’s 1947 in the snowbound, war-scarred City of London, where Pandora’s Box just got opened in the ruins, City Police has a vice killing on its hands, and a spooked councilor hires a shamus to help spare his blushes. Like the Buddha says, everything is connected. So it all can be explained. But that’s a little cryptic when you happen to be the shamus, and you’re standing over a corpse.

This was a very kind invitation, Carmen. Not only that, you gave me a completely free hand, so I’ve been thinking what I can try to be brilliant about (it’s a very limited choice). What came to mind was an early - and rather overwhelming - review of Shamus Dust from David Prestidge at Fully Booked. It was the first of many to pick up on the book’s Chandleresque style, and along the way it asked: “So, what exactly is Shamus Dust? Tribute? Homage? Pastiche? Nod in the direction of..? Strongly influenced by ..?”

It’s a reasonable enough question. One that I thought I’d try to answer, by way of explaining how Shamus Dust comes to have that recognizable period feel, and reads the way that it does. So here goes.

Let’s start with a time and a place. The Shamus Dust story is spun out of an odd event that happened in London - actually in the City of London, the Square Mile of the capital’s financial center - in the early years of the Cold War, when hundreds of its acres - some of the most valuable real estate on the planet - were still flattened rubble from wartime bombing. The City needed to rebuild. Fortunes were staked on the coming construction boom. And at the same time, a colossal discovery was made on one of the construction sites. Strangely, its significance was missed. Then the discovery itself was forgotten about entirely, for decades. When eventually the misstep came to light, I was living and working in and around the City, curious about the story that was in the news. And since among other things I was an Eng. Lit. graduate, I began thinking about how it might work as fiction. 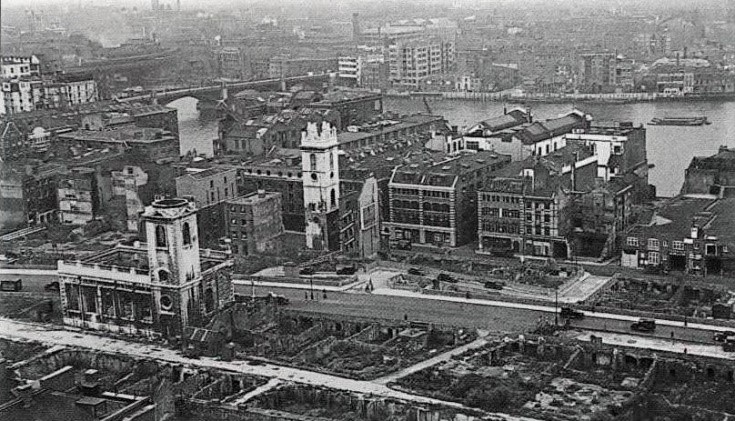 Now, the story I was curious about felt like a mystery in its own right. It also happened that, in the Cold War years when the events took place, there had been a sea-change in hardboiled mystery writing, thanks to the Philip Marlowe novels of one Raymond Chandler. I’d loved them since I came across them as a teenager, and of course they’d single-handedly created a crime fiction prose style for the times. When I thought about it, that style - instantly recognizable, majoring on mood and setting, character and dialog - seemed a very obvious fit for Shamus Dust.

Let’s go back to David Prestidge’s review (he’s very quotable). He introduces Shamus Dust in a record few words: “Imagine Polanski's masterpiece, Chinatown played out against the bomb sites and grimy alleys of a freezing 1947 London.” I couldn’t do better. And on reflection, there are parallels aplenty with the film’s screenplay. It’s by Robert Towne.

Towne is an Angeleno himself, who also loves what he calls Chandler’s lazy lyricism. And there’s a lot else that both of us have absorbed from those Marlowe mysteries. For one, there’s the choice of a private eye to tell the story - Newman in Shamus Dust, Jake Gittes in Chinatown - through whose eyes we see every twist and turn unfold. Then there’s the shared trope of the femme fatale, and the hardboiled conventions of non-forensic sex and muted obscenities. With apologies if you’re a devotee, but rough workouts with farm animals and pyrotechnic expletives just aren’t there in the 1940s original. In my own case, since Shamus Dust is set in London, there was also a decision to make about the story’s private-eye narrator. An American? Or not? Well, Tranquil Reader will know the answer to that by now. But the thing is, in the end, I just couldn’t hear Shamus Dust being voiced by an Englishman of the time. English rhythms and cadences work against lazy and lyrical. English manners play in the wrong key. Besides, it’s a story told from the outside. From cops to racketeers, shell-shocked veteran to femme fatale, practically every character the shamus encounters is English. I wanted the reaction from a narrator who would find them as strange and exotic then as we do now, from this distance in time. The American shamus answered the need. And the fact is that in Cold War London, his compatriots - civilian and military - were a part of the scenery. Newman would not have stood out in a crowd. Some of those Americans - Carole Landis, Richard Widmark, Orson Welles and others - had even begun arriving in the capital to star in British films noirs!

So, on the strength of all this, what to make of that reviewer’s question? What exactly is Shamus Dust? Myself, I might have said (grandly) that it became something of an elegy for noir of the classic period. But I’d also settle for pastiche - of a kind. Because unless it subverts, pastiche alone fast becomes a deadweight. And in hardboiled fiction there’s plenty to subvert. There could be (there probably is) a doctoral thesis in this. But in brief and in general, hardboiled writing of the early Cold War - like the world it springs from - has a problem seeing rounded characters that aren’t straight and white and male. Chandler very much included. So if you’re seriously interested in your female characters, you’re going to have to develop them well beyond the range of ‘40s detective fiction. Hence the extended treatment of the women in Shamus Dust. Likewise the underage and blackmailable vice rackets that trigger the story. 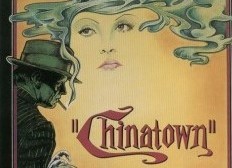 Though I wouldn’t have dared make that comparison with Chinatown myself (it’s a heady compliment) there obviously are parallels. Both stories adopt the Chandleresque to unfold their own dark, disillusioned tales. Both are driven by the greed and invulnerability of the powerful. Like Chinatown, Shamus Dust involves criminal sexuality, deviant wealth, civic corruption and high-end racketeering. And like Chinatown it descends into routine murder for the cover-up. Both stories, finally, have to find that balance of illusion that can carry a modern audience through an historical fiction. The route each one takes is a (subverted) pastiche - and Chinatown, no question, does it quite brilliantly. As for Shamus Dust, that’s for you to tell me. But just recently, another reviewer gave me hopes. Patricia wrote, …you feel like you're in an old Humphrey Bogart movie from the first page. 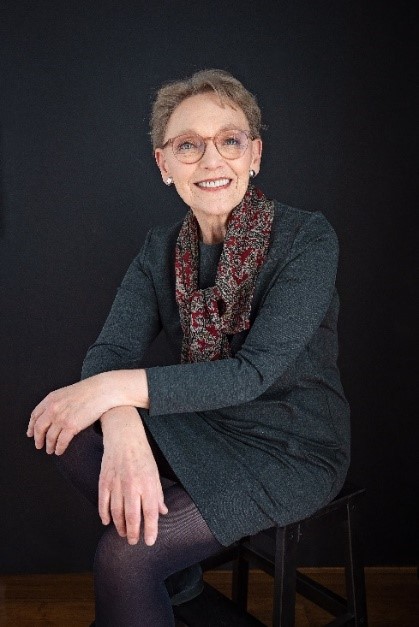 Janet is an historical fiction author, writing literary crime. She’s published by Troubador Publishing in the UK and represented by JKS Communications Literary Publicity in the USA. She trained in archaeology, history and Eng. Lit. and has a special interest in the early Cold War. Her debut novel, Shamus Dust: Hard Winter, Cold War, Cool Murder is due 28 October and is currently attracting widespread media interest.

Find her reviews at https://www.janetroger.com/media and find Janet on Facebook and Twitter@janetroger 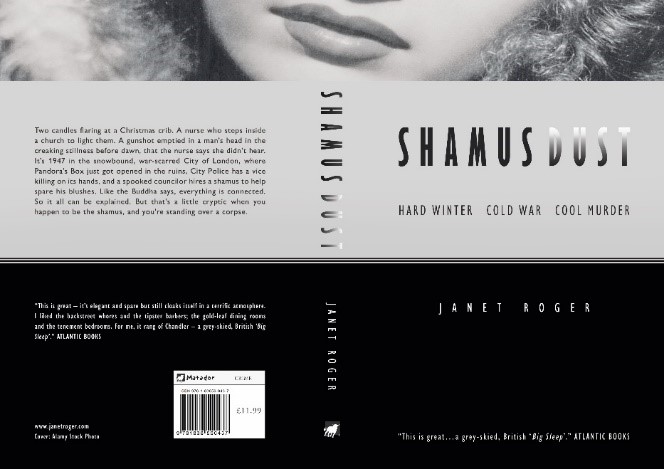 You can read David Prestidge’s review of Shamus Dust at Fully Booked and Patricia’s review (MrsLovesToRead) (@PatriciasBooks on Twitter) and find the book on Goodreads.

For those who enjoy historical fiction mysteries and detective type books – be sure to pick this one up!